Taking advantage of a situation

And now that you’re a master fret finisher I’ll be send all my guitars to you for practice. I’ll send 10 at a time and won’t even charge ya. I like to help where I can. Lol
R

playforfun said:
And now that you’re a master fret finisher I’ll be send all my guitars to you for practice. I’ll send 10 at a time and won’t even charge ya. I like to help where I can. Lol
Click to expand...

Sounds like a great way to bolster my collection!
R

Well, the class was great. 3 people scheduled, the other two canceled.

So it was 1 on 1 with a Guy that builds, and works on some pretty famous people's guitars.

Here is what we did:
-Straighting out the neck to neutral with truss rod
-Checked the frets for high/low spots
-Fret leveling
- Fret crowning
-Fret end rounding
-Fret polish 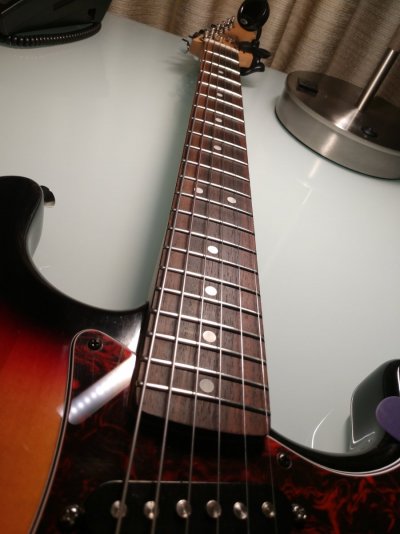 - String up and the way he winds strings on the pegs

At this point, I decided to throw a bone nut in it to replace the stock plastic one that the cut was angled to shallow, causing a odd overtone on the open string, he called it "sitaring" 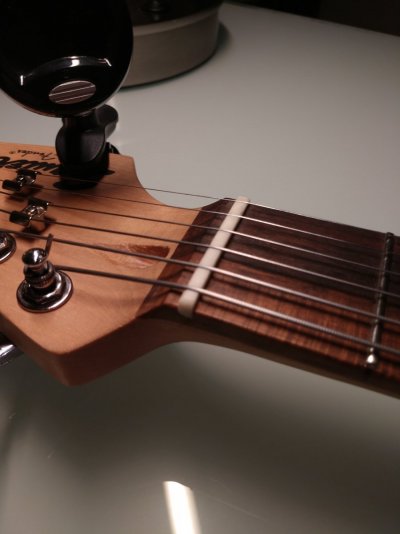 This drove me to learn nut fitting, height adjustment, and slotting

-String Intonation (he eyeballed the stair step layout of the saddles, and only 2 were not dead on) 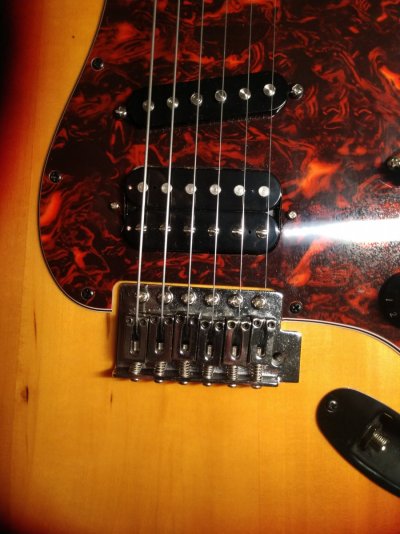 I noticed my saddles had a serious downward slope toward the neck. I brought it up to Daniel, then he explained neck angle

So we pulled the neck and shimmed it with a thickness of wood veneer, and he showed that to me.

-String action setup again to match the curve of the fretboard 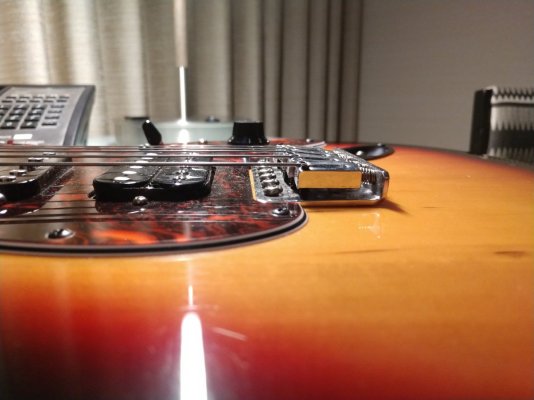 Daniel was a great teacher, he would demonstrate on a couple of the steps, and then turn it over to me. He was doing the same proceedure on a customer's guitar, but keeping an eye on me, offering suggestions and correcting me if my technique was not correct. The "4 hour" class turned into 6.5 hours of guitar tweaking and pleasent conversation.

He also Explained to me how to make the required tools that wont break the bank, like cruising the Stew-Mac website will.

In the end, the guitar plays great, feels a lot better, and I learned some new skills to use, and I am not as freaked out about doing this type of work on my guitars anymore.

First off, the official Vegas tourism slogan is, “what happens in Vegas, stays in Vegas”. So there’s that.

Second, deciding to do something wholesome, like learning how to repair a fretboard while in Vegas is ironic and that’s what make things funny - stuff you wouldn’t expect someone to do while vacationing in Vegas.

Third, Nevada has legalized prostitution and If you look into it, trafficking of women and forced prostitution is less common there than probably under your very righteous nose in the state in which you live.

So, you can stop clutching your pearls in feigned disgust and just take the post for what it is…people riffing on a cliché about a town that is known as “sin city”.

EDIT: Besides, the OP rounded out the post with a nice summation of how his neck turned out and all that he learned from the class.
R

All of the above is true, except I am actually up here for work, not vacation, just stuck over the weekend.

I drove up from Yuma AZ, which is the only reason I was able to bring a guitar with me, for these classes, it is BYOG (bring your own guitar)

Naked Strat Brat said:
Some of them hookers could give something to take back with ya,, but it might be something doing "fret" work could not fix! LOL! Best advice, don't fiddle around with Ladies of the night. LOL!
Click to expand...

mitch_cumsteen said:
Third, Nevada has legalized prostitution and If you look into it, trafficking of women and forced prostitution is less common there than probably under your very righteous nose in the state in which you live.
Click to expand...

[Sigh] Prostitution is Illegal in Las Vegas. Maybe you forgot.


mitch_cumsteen said:
Prostitution is only legal in Nevada on a county by county basis and the county Vegas is in isn’t one of them.
Click to expand...

Nevada ranks #9 among states in human trafficking. Of the states ahead it, ALL are in the top 10 for population, while Nevada is #33. Thus, per capita, prostitution more common in Nevada than other states.

So is it OK to bring this up every time someone posts about going to a city where it's also illegal?


mitch_cumsteen said:
So, you can stop clutching your pearls in feigned disgust
Click to expand...

Make up your mind. Am I righteous or feigning disgust? The fact is that you have no idea what my views on this issue are.

This is my last comment on the tangential discussion. I'm glad that @Reverend Bow enjoyed his class and learned more about how to work on his guitars.